This ONE OWNER Arcangel Fernandez, the same owner as the owner of the just posted 1955 Marcelo Barbero, is another opportunity to own a superb sounding Blanca from the legendary builder Arcangel Fernandez. The owner was a friend of Barbero and flew to Madrid to pick up his 1955 Barbero which I also have for sale. After Barbero’s death, the owner, who knew Arcangel from his visits to the shop, returned in 1959 to pick up a guitar made for him.

This guitar has that lovely open ringing voice that the best Arcangel’s have, just lovely and is in what the owner’s grown children report as original condition. It appears so to me, but one can not always be 100% sure particularly if work was performed decades ago and now looks aged itself. The owner did not ‘claw’ the top up like we see on so many old flamenco guitars, and there are only a few button/buckle marks on the back, otherwise it is in beautiful condition. There is one small repaired crack I noted about 1/2” of the center seam near the edge of the lower bout, and somebody has put in several remarkably fine cleats in to stabilize it at some point. And a tight crack along the fretboard on the treble side, and two tight cracks under the fretboard that are not in need of repair.

The reason the price is so low that it will raise eyebrows is two fold. One, the family wants this to be treasured by a player not a collector so wanted it ‘affordable’ by Arcangel standards, and the action is more ‘classical’ level at the 12th fret at about 4.5mm bass, and 3mm treble, with no room to lower the saddle much, maybe you could get measurements down to 4/2.75, but not much bone left to lower. The most likely solution if needed to get the action into the Flamenco range would be to have German Rubio or a similar luthier put on a new fret board which might run about $1500. However the tension with even the medium/hard Luthier strings is really comfortable, and if you capo a lot, or like a slightly higher action you could elect to just leave it as is. It is possible the frets and/or fretboard were replaced at some point, or not, my only clue being the frets are so clean that it makes me wonder, but I have no proof one way or the other.

A superb sounding Arcangel, that is fine just as is, but could easily be refined even further if desired, at a price that, even if a new fretboard is added, still is below what most Arcangel’s are selling for. A great chance to own one of these amazing guitars.. 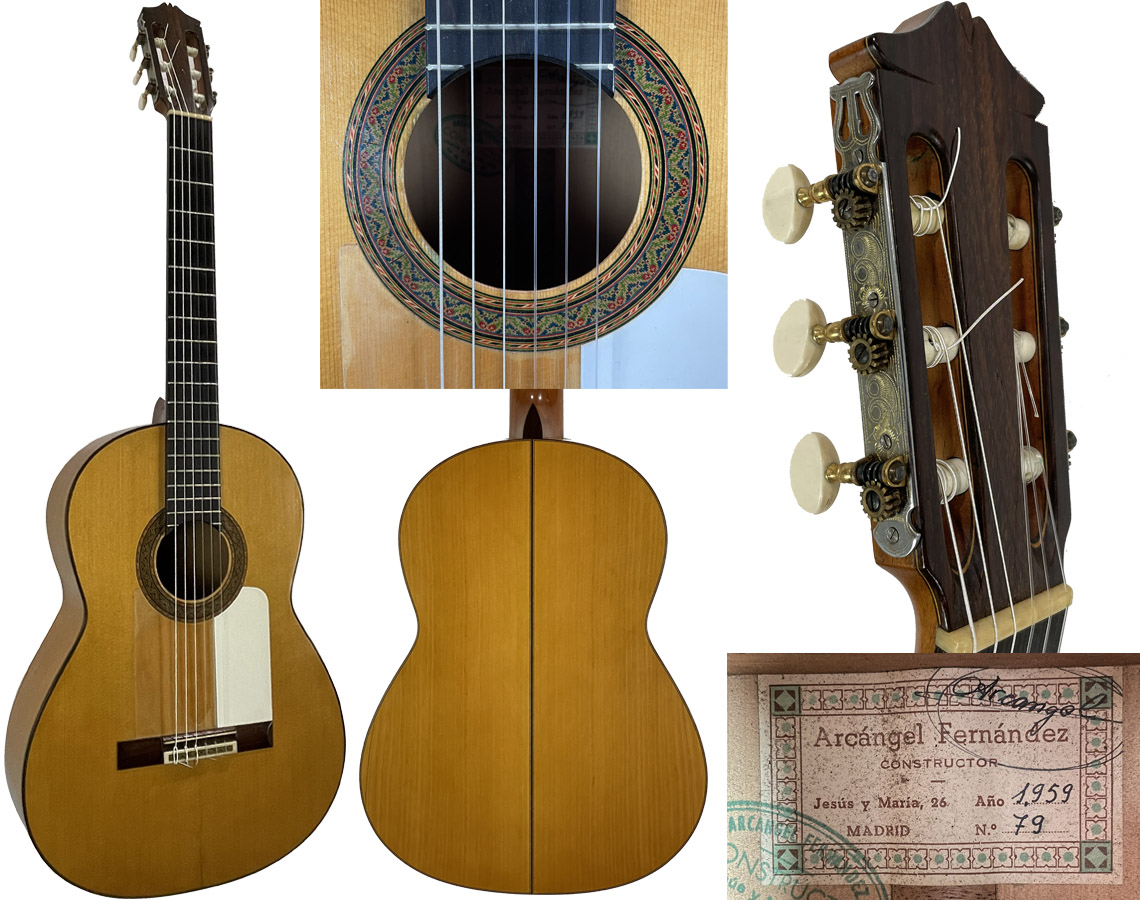