Contact Us About This Guitar
This is a VERY special Barbero, and I have sold many including the last two Barbero’s ever made. This is a ONE OWNER guitar, ordered, picked up in Madrid, and owned all these years by the same man who also became a friend of Barbero, wrote about him in Flamenco magazines and who also knew Arcangel Fernandez ( his also one owner Arcangel Fernandez 1959 is also for sale). Upon his passing a friend of my wife contacted me and asked me to find a good home for his fathers treasures.

And treasures they are. This Barbero has the crisp, clean, percussive bite of the best Barbero’s, the peg’s work perfectly smoothly and hold tension well, the action is comfortable and she sounds great. The guitar appears to be all original, though it is often difficult to be 100% certain. There are several areas of well cleated cracks, one along the treble side of the fingerboard, one under the white golpeadore, and one along the center seam of the soundboard from the bridge to the edge of the lower bout. All appear stable, who knows when the repairs were done. The guitar was not ‘clawed to death’ like you see on so many Flamenco’s, the owner appears to have played it judiciously and to not have really created in rasgueado gouges on the top, only a few light buckle marks on the back, but really in remarkable condition for a 1955 guitar.

The owner flew to Madrid to pick up the guitar and the photos below show an original Barbero business card, and a photo of the owner and Barbero at his shop in Madrid, which is very very cool. Barbero wrote the owners name on the inside of the soundboard further identifying this as the exact guitar owned by the same man since it was built.

A quintessential Barbero with a flawless one owner lineage that is beautiful and sounds great. 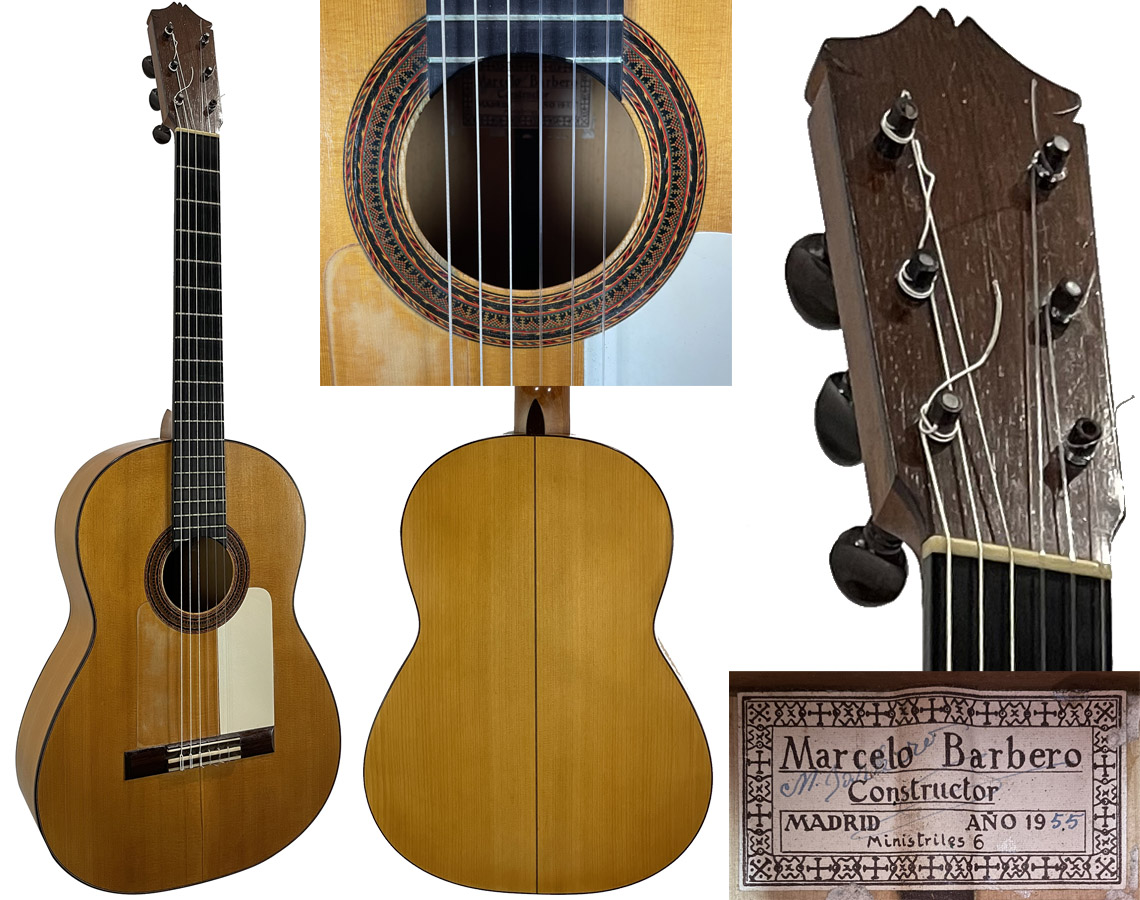